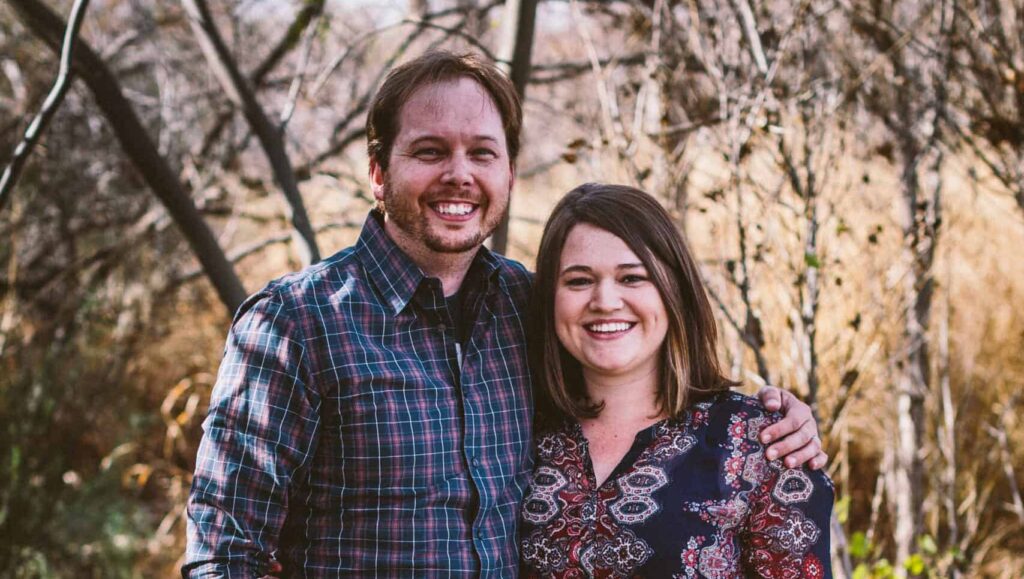 For many of you, the work we do here at Luther House of Study (LHOS) is perhaps most visible in outward offerings like our community education classes or our weekly Scripture First podcast.

However, our first mission has always been to train pastors, and it’s our distinct honor to work with the students who are taking our classes and preparing to serve as pastors. Each of our students comes to LHOS with a unique backstory, and we’re grateful for the opportunity to provide them with this education in an accessible, flexible and affordable format.

Today, we thought we would introduce you to one of our students, Ryan Barlow. If you’re a prospective student interested in learning more about the seminary experience, or simply a supporter of LHOS, we encourage you to keep reading. Ryan has a pretty interesting story!

Born and raised in the Church of Jesus Christ of Latter Day Saints (LDS), Ryan says he first started questioning the Mormon religion around age 18, when it’s expected that young people head out on a mission.

“At that point, I hadn’t really studied the Book of Mormon, and in doing so, I came to find that I didn’t really believe it,” he said. “I had Christian friends who pointed me to an organization that helped me see some of the inconsistencies in LDS doctrine, and I ended up leaving the church officially.”

But Ryan says that from there, he strayed from religion in general.

He went to college and started studying microbiology and biotechnology, leaning heavily on logic and reason to, in his words, “solve all the problems in the world.”

However, after a while, he says certain things happened in his life and he simply couldn’t ignore God anymore.

“It was just a holy mess. The way I viewed justification and Scripture and faith — everything was turned on its head, and I couldn’t help but share it with everybody in my life.”

“He was picking me up and shaking me by my ankles, saying, ‘Hey, you forgot about me, and you need to pay attention,’” he said. “I found Jesus at that point, so to speak, but I still didn’t know what to do with that.”

At this point, he was also married and had a five-year-old son, Jonah. He knew they should be going to church as a family but was uncertain of where to land.

That ended up bringing them to Lutheranism. Ryan’s wife had grown up Lutheran in Minnesota, and he had memories of learning about the Reformation in world history classes.

“We ended up at an LCMS Lutheran church here in the Phoenix area, and my son and I were baptized. We were invited into the preliminary ‘This is What We Believe’ classes, and I was introduced to the Book of Concord. It blew my mind.”

From there, he said, “It was just a holy mess. The way I viewed justification and Scripture and faith — everything was turned on its head, and I couldn’t help but share it with everybody in my life. Some people received it, a couple of my neighbors were baptized and other people thought I was a looney tune.”

The leaders in Ryan’s church encouraged him to pray about getting into ministry. Though he initially thought this would mean packing up his family, leaving behind his family business and moving to St. Louis, where the LCMS seminary was located, one of his pastors offered a different trajectory.

“He told me about Sioux Falls Seminary and said if I was feeling led to do it that they would support me, and I just about died because for months, I was getting ready to sell everything and give up so much, but this allowed for a different option,” he said.

Ryan started online classes with LHOS in the fall of 2019, but he says before classes even began, he attended an online gathering that further affirmed his decision.

“Sarah Stenson led this breakout session, and she was talking about baptism and the promises from this totally different perspective, and every word that came out of her mouth was healing my soul,” he said.

“I was digging deeper on faith, trust, belief, what is sin, what is righteousness and it just changed my whole perspective on God’s Word, theology, ministry and how I communicate God’s promises to his people.”

After taking a few classes, Ryan says he was so excited about Luther and Lutheran doctrine that he started telling everyone at his church about it, too. He ended up encouraging at least five more people to enroll and start taking classes, and he says they all had the same kind of reaction that he did.

“Everyone has their different theological backpacks on, and this helps them to empty some of that. I wake up every day and can’t believe I’m doing this,” he said.

Thanks to the flexibility of the LHOS model, Ryan has been able to take classes as his life allows. It’s a challenge to balance full-time work, family and seminary life, but he says he hopes to be done as soon as possible.

“I don’t know what that looks like yet because there’s a lot going on, but I sign up for a couple new classes every semester, and I appreciate that flexibility. Otherwise I’d be crushed by the weight of it all,” he said.

Ryan’s full-time work is now in ministry as well. Though he hasn’t graduated yet, the pastor at his church brought him on as the equivalent of a campus pastor for their congregation in East Mesa, Arizona. It’s a missional-minded church that sets up and tears down every Sunday in an elementary school, and Ryan says he’s committed to helping it become more self-sufficient as it grows.

When it comes to the educational experience of LHOS, Ryan says he can’t encourage people enough to take the leap.

“The curriculum and content is wonderful, just the way that it’s delivered through the professors and also the Scripture First podcast is exceptional,” he said. “I always tell Sarah that it’s undervalued and over-delivered.”

He emphasizes the flexibility and says that once people experience the content, they’ll realize it’s worth making time for.

“I want to encourage people who are on the fence because the first thing that comes up is always, ‘Oh, I’m already working 50 hours a week, or I’m challenged with family time,’ but I say, ‘Just give it a try. Get your application in, and once you start experiencing this content, it’ll convince you to give up your TV time or the other things that you don’t realize are sucking up time in your schedule that you can trade in for something much more valuable.’”

If you’re interested in pursuing a seminary degree with LHOS, reach out to sarah@lhos.org to start the conversation. 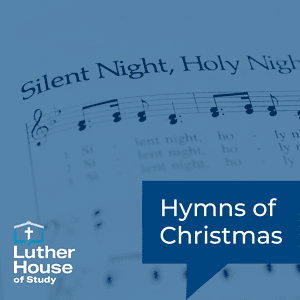 The hymns of Christmas

Though I have had the privilege of providing classroom instruction at various times for Luther House of Study, this is my first time writing as 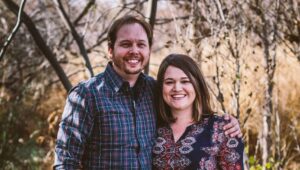 For many of you, the work we do here at Luther House of Study (LHOS) is perhaps most visible in outward offerings like our community

Go in peace! Serve the Lord!

Teaching Christians to preach and hear the Gospel of Jesus Christ.

Grounded in Lutheran theology, we offer an affordable and accessible Lutheran seminary education for the proclamation of the Gospel.